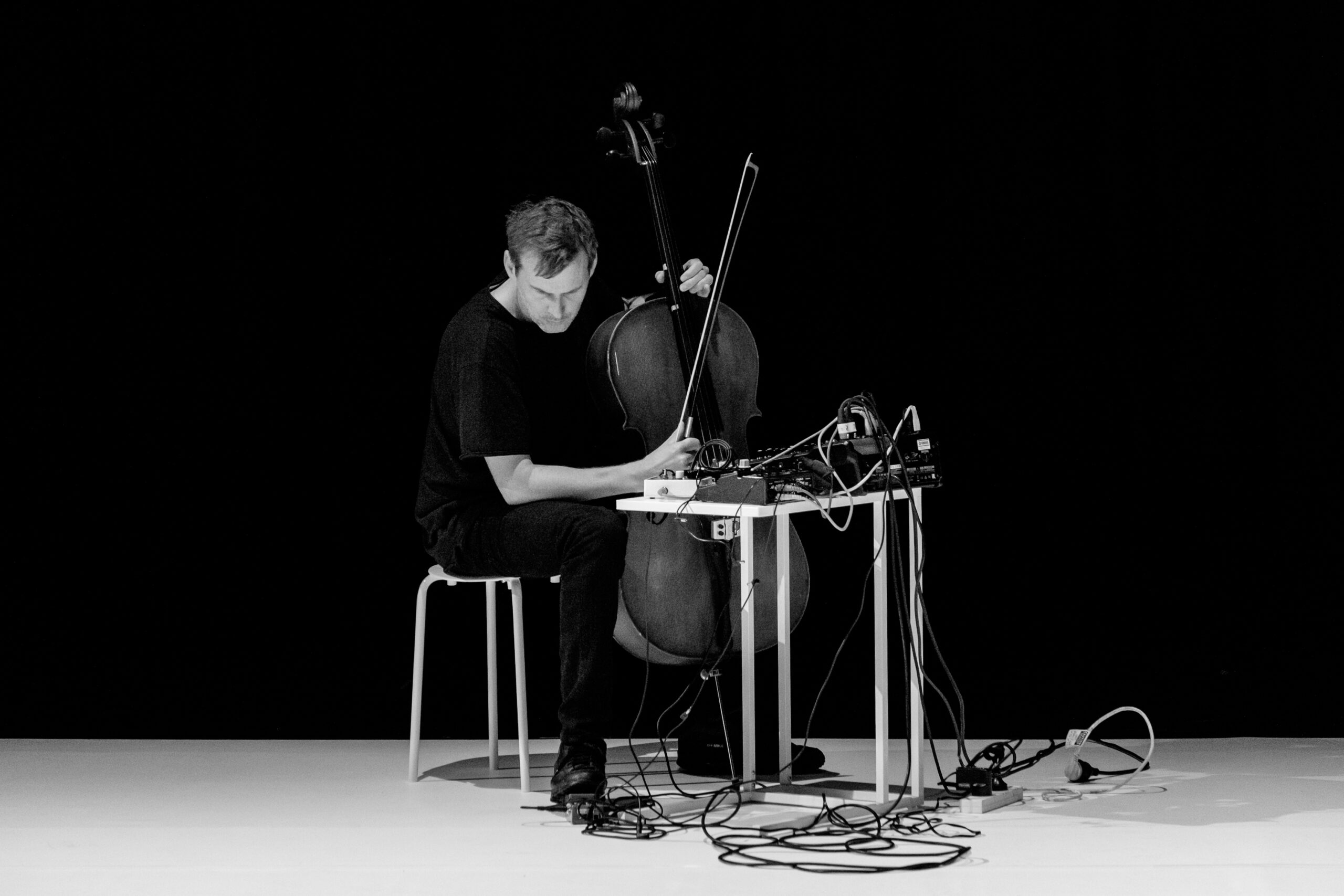 At the age of nine, Clark played violin in an orchestra in St Albans – not that he was too keen at the time, he admits. Folk violin? Yes, he enjoyed that (although Clark’s teachers were somewhat scornful). But classical music? When there was Public Enemy, Prince or Metallica to listen to? It just felt, says Clark, kind of “inappropriate”.

And yet, a seed had been planted. One that would take a while to germinate. “I do remember thinking, ‘I’ll put this on hold for a bit and come back to it later’,” Clark recalls. In the three decades since, he has taken us on a series of intensive sonic odysseys, characterised by an unquenchable personal ambition to keep on climbing. From his 2001 debut, Clarence Park, onwards, there has been no template. You will encounter glowering techno and brittle, ghostly piano pieces; eerie, fluttering folktronics and found sounds – each time, something new, something unexpected.

As astutely predicted by the young Clark himself, more recently he’s made a successful metamorphosis into composing highly individual, immersive TV and film soundtracks, sucking him back into classical music’s gravitational pull. But for someone who has taught himself piano, cello and drums over the years – for the latter he’d spend hours practising, playing along to his drum hero, Jaki Liebezeit from Can, by hitting cushions – it feels less full circle, more logical progression. Looking for answers. Always learning.

Clark remembers how he fell not just in love with the sound of drum & bass in the mid-1990s – “I was completely over-ridden with excitement and adrenaline, almost like a panic attack” – but in how it was made. After interrogating the owner of a record shop that he hung out at in nearby Watford, he learned that it was samplers, rather than drum machines as he first thought, that were key to its creation.

Back then, making electronic music was a mission, the process convoluted and time-consuming. It’s a discipline that has imbued Clark with a Stakhanovite approach to making music, across nine studio albums, countless remixes and four soundtracks so far. Since the release of 2017’s Death Peak, his most recent for Warp, there have been two of the latter including, in 2019, his first on Deutsche Grammophon, for US psychological horror movie, Daniel Isn’t Real. The boy who previously harboured suspicions about classical violin is now on a legendary label that was once home to such classical behemoths as Barenboim and Bernstein.

Body Riddle contained scratchy viola sample seeds of what was to come, and a DG commissioned Max Richter remix encouraged him to explore orchestral instrumentation further in his work – never forced to, he’s keen to point out – it’s resulted in a fundamental shift in the way he works.

“I used to have a bit of a lone wolf ethic,” he admits. “Everything had to be done by me. I wasn’t into collaborating, really. But the world of solipsistic record-making in your bedroom is quite limited after a while. After a few albums of doing that you realise that collaborating can completely bring excitement to your life. It’s about just enjoying humanity. There’s only so far you can go on your own.

As he did for Daniel Isn’t Real, for his new album Clark took his score to Budapest, as well as Berlin, to be recorded with string ensembles.

“Suddenly, you’re responsible for 16 people in a room,” Clark explains. “So, you need to be super clear on every note that’s written on the page and to know it inside out. That’s quite demanding. It’s high stakes… and potentially very humiliating.”

In the case of soundtrack work, it’s also meant dealing with an extra layer of feedback looping to and fro in the form of the directors and their team.

“I think you get better at finding the tone of the scene more and more, it’s trial and error knowing what will and won’t work, being able to summon up the emotions on demand. In a way it’s like acting. You’re an invisible contributor to the mood of the film”

In contrast, several of his co-collaborators on Playground In A Lake – which is loosely themed around a broad metaphor about climate change – are close cohorts. They include contributions from experimental composer and cellist Oliver Coates, violinist Rakhi Singh from the Manchester Collective and Grizzly Bear’s Chris Taylor, who here swaps his bass guitar for a clarinet. Coates is the first person you hear on the elegiac Lovelock, his raw cello solo encroaching like a gathering storm, eventually joined by an undercurrent of typically Clark-ian electronic malevolence.

“It’s so interesting to see what other people bring. It’s about knowing when you’re just playing an instrument on a record out of indulgence. I play the cello now, but if it’s a case of writing a piece for a real virtuoso player rather than me playing it I’d rather record that. I can change the flavour of record just by picking a different player,” says Clark, before recounting an anecdote that sums up his dedication to his craft.

“I used to have my piano really close to my studio in my house. But where I am now it’s downstairs. So, I bought a camper bed so I could literally sleep next to my piano,” he laughs. “There’s a two-minute torrent of ideas when you wake up where you’re still in the dream state. Capture those two minutes, then you’re good. It works with lyrics too – the dreamier you are, the better.”

The album also features the haunting voice of 12-year-old Nathaniel Timoney, a singer in Keiran Brunt’s vocal group, Shards, on three tracks, directed over Zoom calls during lockdown. Small, in particular, is a quietly devastating, angry little song, presented in the form of a synth lullaby. “It was a really good way to smuggle in darkness. I was channelling Fever Ray quite heavily on it. I sang it myself, but it didn’t work at all. Nathaniel didn’t give up until he nailed it. He was really inspiring.”

If there is one constant in Clark’s work, it’s what he describes as an almost nerdish attention to detail and process when it comes to sound design. Sonically, Playground In A Lake is a treat for the ears – but it’s been quite the musical journey since those bedroom-based experimentations that characterised his early work. Although to Clark risk-taking, he says, comes naturally.

“It’s not conscious, but I quite enjoy that feeling of being out of my depth. When you put yourself in situations where you aren’t familiar, the process of it becoming familiar and embedded as a new pattern is really life-affirming. It’s one of the best rushes.”

Away from studio albums and soundtracks, he’s embarked on a further set of unfamiliar tasks in the form of dance scores – albeit for someone very familiar in the form of Australian dancer/choreographer Melanie Lane, his wife. They include 2018’s solo performance Personal Effigies, for which Clark played cello and deployed FX pedals, and her acclaimed 2019 work WOOF for the Sydney Dance Company, an apocalyptic vision of the future. The latter features a suitably portentous and darkly rhythmic soundtrack. It acts as a reminder of Clark’s roots making “techno bangers”.

“I’m subconsciously plotting another record of total mayhem,” says Clark. “I’m not there yet – there’s a lot to explore in this other world. But it’s always there, winking at me in the background.”